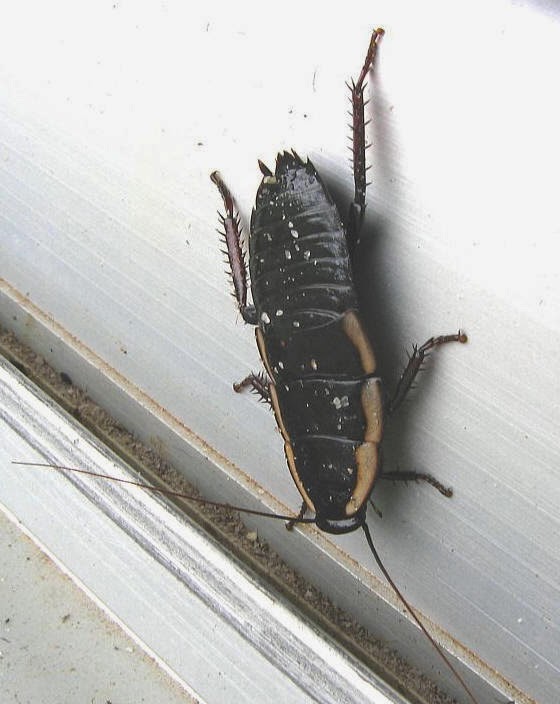 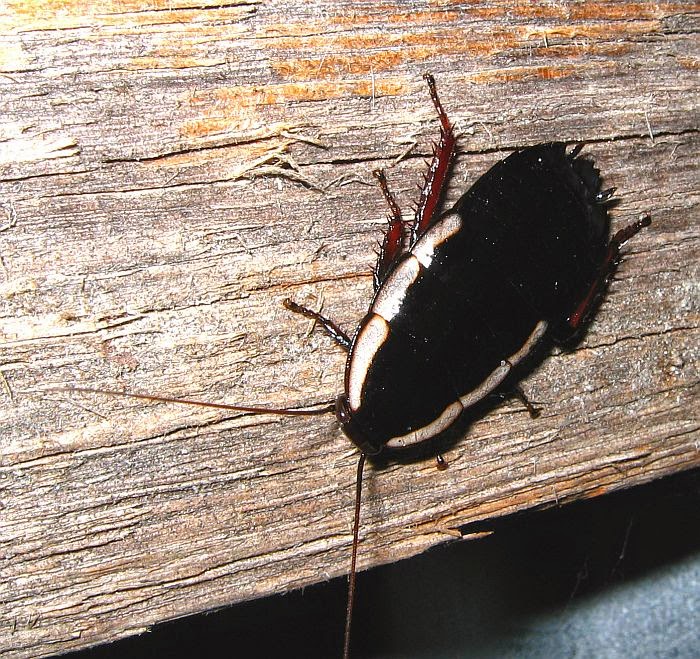 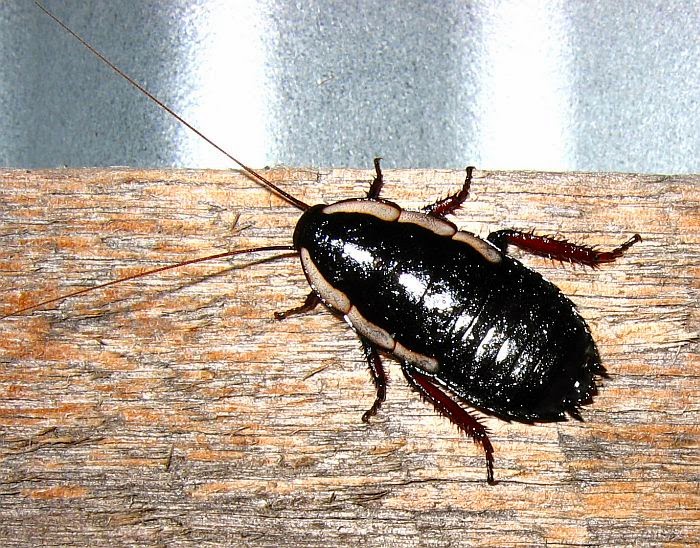 
Drymaplaneta variegata belongs to the Blattidae family, which is the largest of the Australian cockroach families and contains many of the colourful wingless bush cockroaches, as well as a couple of introduced pest species (American and Asian) that have wings and like to cohabit with people. Most Australian species are quite harmless having clean eating habits (so not disease carriers) and rarely enter houses, although a similar looking cockroach Drymaplaneta communis (restricted to the Eastern States), has apparently become very numerous around Sydney and Melbourne and although it might enter houses is quite harmless.

The Drymaplaneta genus and most of its species have previously been placed in the Cutilia and Methana genera, and of the six Australian Drymaplaneta species (Australian Faunal Directory), five are recorded for the SW of Western Australia, so all could be in the Esperance region. Drymaplaneta variegata (25-34 mm in head/body length), is very similar to another local Drymaplaneta semivitta, but that species is less than half the size of D. variegata.

The Drymaplaneta species above is not particularly common around Esperance, although odd ones come and go. Their preferred habitat is under loose bark, which is not overly abundant in heathland and may reflect its local absence, but they could be more common in low-lying areas where there are more eucalypts, but being wingless, a hundred metres/yards can be quite a walk if you are only 3 cm (little over 1”) in length.

Reference:
A Guide to the Cockroaches of Australia
By David Rentz  2014

Posted by William Archer at 5:13 PM