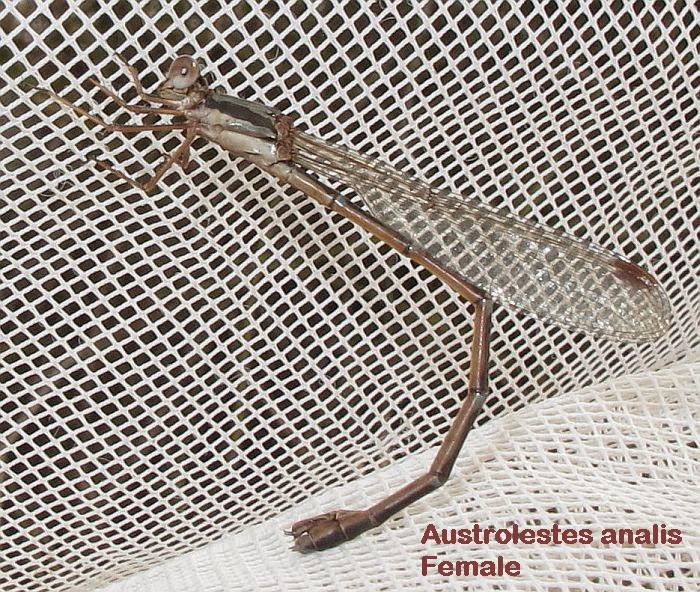 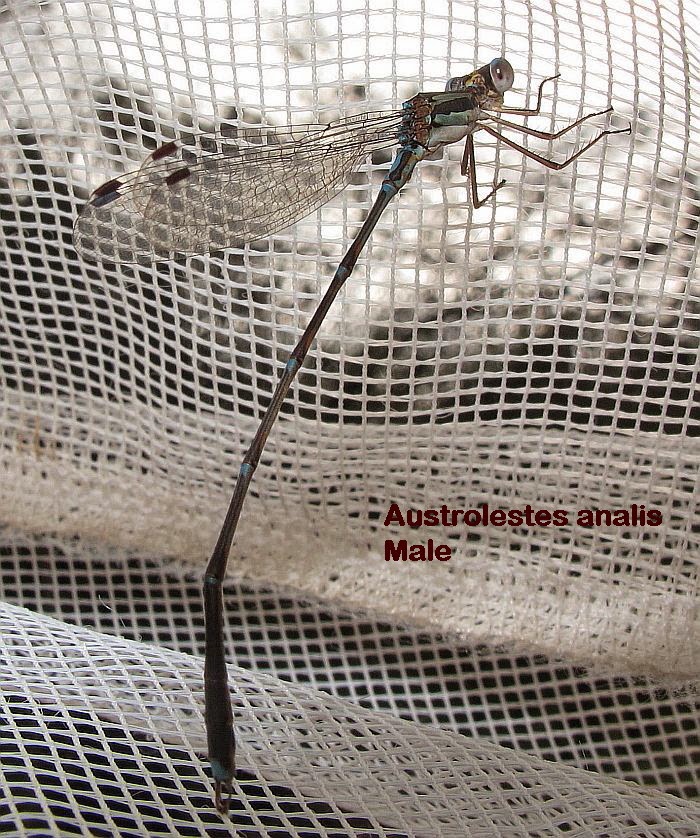 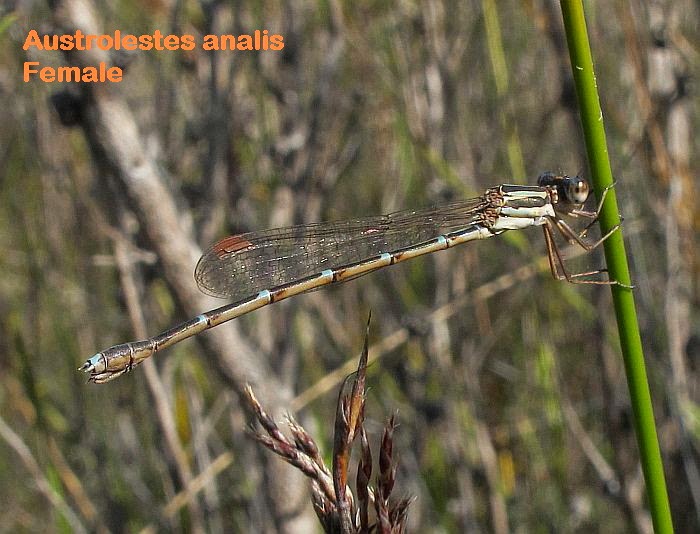 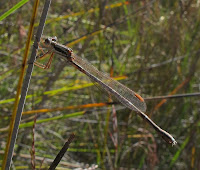 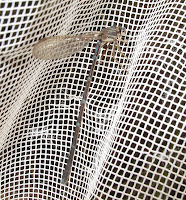 
The Slender Ringtails are around 3 cm or a little over 1” in length. The males have the blue markings on the abdomen, the females white. In order to mate, the male grasps the female’s neck and she lifts and places her genitalia (at the base of her abdomen) to the copulation organ of the male to receive the sperm. This is a commonly seen activity of Damsel and Dragonflies and is known as the wheel position, and although not shown here, it is however shown by clicking 'Insects – Damselflies' or 'Insects – Dragonflies' in the right-hand column for a variety of photographic images.

During the day I find them well away from water (100-200 metres/yards) perched on Taxandria callistachys a shrub of swampy winter wet areas. Here they remain motionless unless disturbed when then will move a short distance, but if pursued in order to photograph them, will take off to fly a much greater distance and disappear into a mass of vegetation. As additional evidence of their twilight activities, a female was attracted to a house-light when it was quite dark, the only Odonata in my experience to do so.

Austrolestes is a member of the Lestidae family along with 10 species that are distributed throughout Australia and commonly known as Ringtails. The Slender Ringtail is found over most near coastal regions in the southern portion of the country, including Tasmania. Around Esperance it is not noticeably common, because from my experience it seldom visits open water to mate and lay eggs, which I presume means they do so towards dawn or dusk and probably hunt at these times too.
Posted by William Archer at 6:34 PM