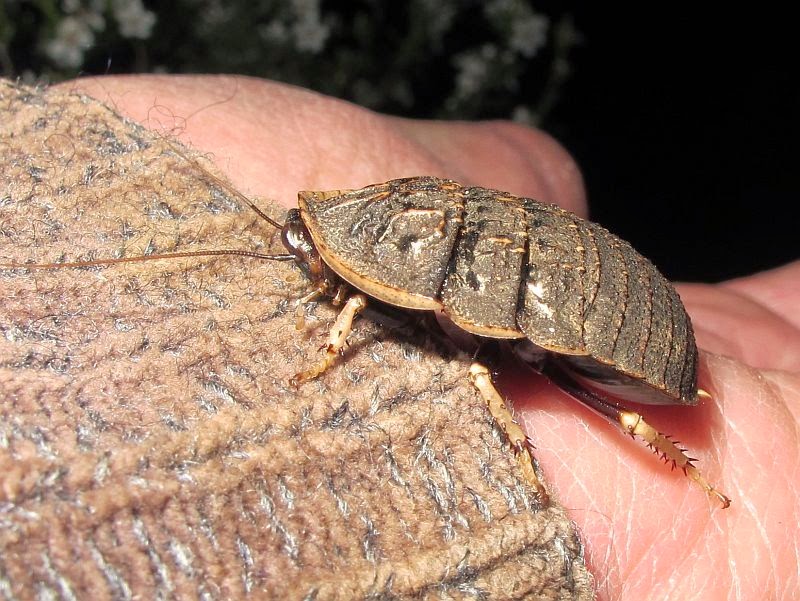 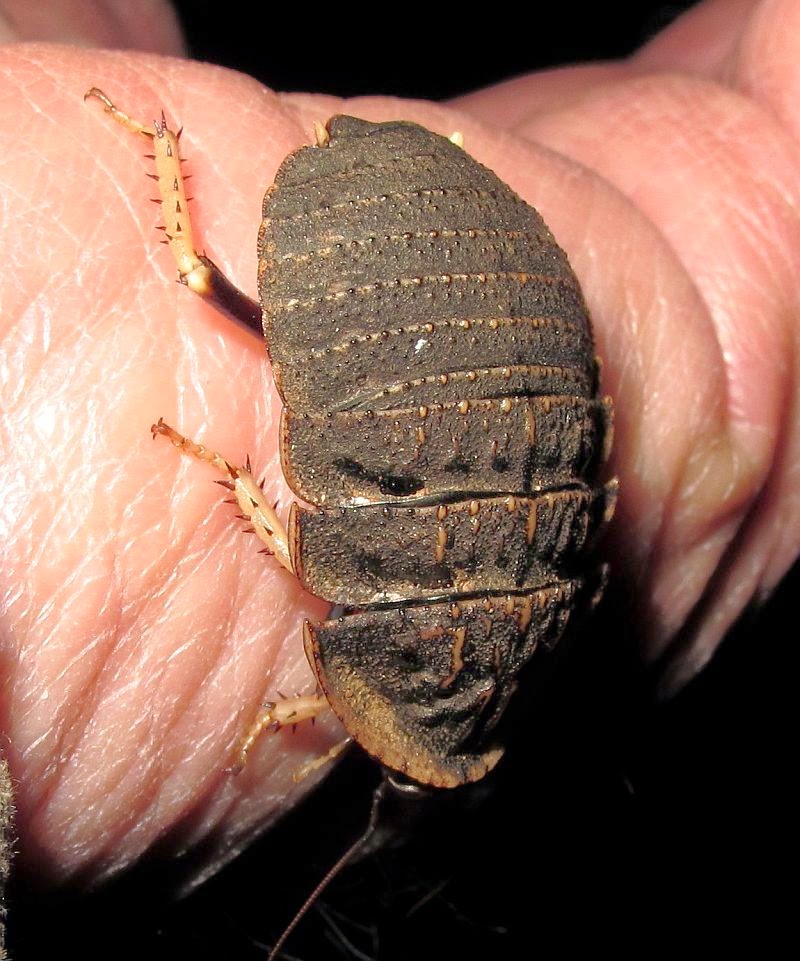 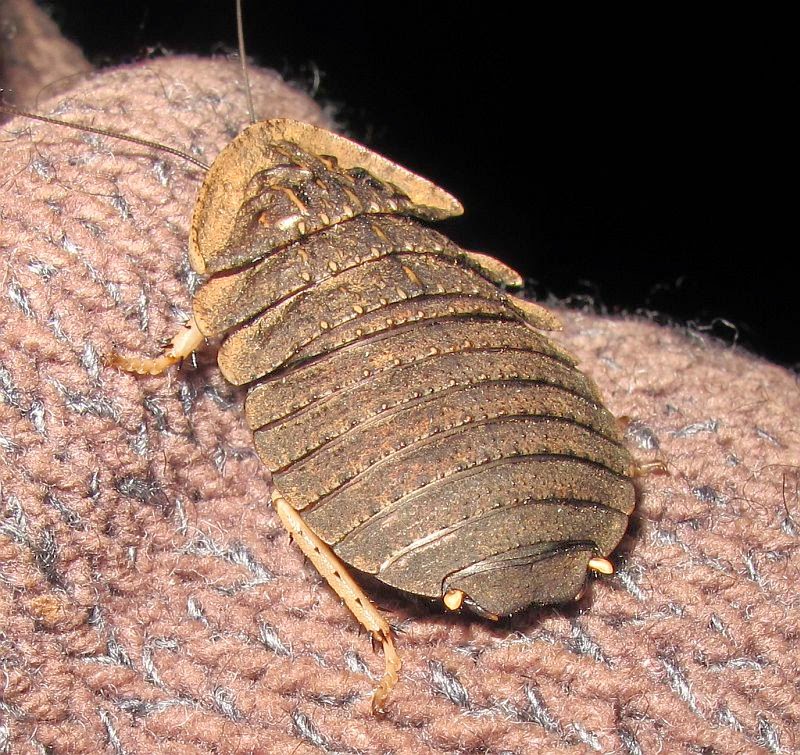 
In the Esperance region, this cockroach is an inland species, although it extends to the coast across the Nullarbor and the SA York Peninsula, but otherwise mostly covers the drier portion of central and northern Australia.

I encountered a small colony on the outer apron of a large rocky outcrop called Mt. Newmont in the mallee 150 km (93 miles) NE of Esperance, which locally would be on the southern edge of its distribution. A large bushfire had passed this outcrop a year or two before, but due to the extensive rocky platforms, small areas had not been burnt and it was in these I encountered this roach. They were feeding on a tall dead Baeckea species (not burnt) that is common around these granite outcrops, but were not seen feeding from any that had been burnt.

This species is apparently unique in its colour pattern and series of ridges on the thorax, plus the number of tubercles over most of the upper body that would I think give rise to its species name of E. tuberculata. It is a handsome cockroach growing to 25 - 29mm (little over 1”) in length.

Reference:
A Guide to the Cockroaches of Australia
By David Rentz. 2014.
Posted by William Archer at 3:43 PM