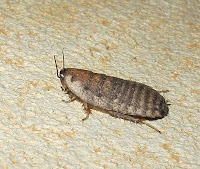 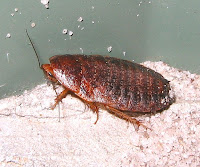 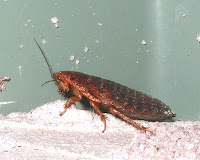 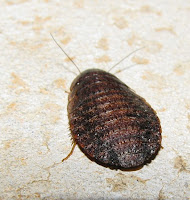 
The genus Calolampra is one of 15 in the Blaberidae family, which according to the Australian Faunal Directory has a total of 87 species. However only three are listed for the southern coastal district of Western Australia, with the vast majority found in the Eastern States, particularly in Queensland and northern NSW. This family of roaches are generally flat and have shorter legs than those in other families and due to their segments and rounded shape are commonly known as Trilobites after a similar looking marine arthropod that went extinct 250 million years ago.

Some cockroaches in the Blaberidae family are amongst the largest, or at least the heaviest and live in burrows underground. Calolampra fraserensis also lives in the soil or under litter, but do not construct complex tunnels, although livable spaces are made where they will cohabit with other family members.

Despite some Blaberidae being completely wingless, the males of most species do have wings (females remaining wingless), to no doubt enable them to migrate to other colonies thereby spreading their genes and so reducing the risk of inbreeding. Mature insects of the above species are a little over 2 cm (3/4”) in head/body length and although I would not class them as being common, are still well represented in the Esperance region, but are seldom encountered, presumably remaining close to home.

Posted by William Archer at 6:13 PM